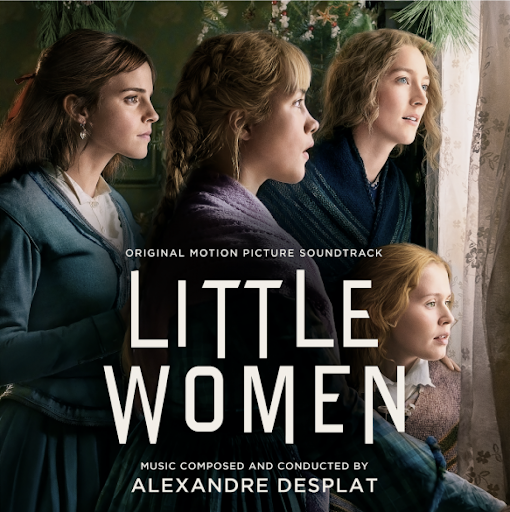 With the best-selling book and the academy-award nominated original movie that came out in 1994, the 2019 movie had a lot to live up to. Second-time director Greta Gerwig uses slow motion and lighting to create feelings of loneliness and the pressure young women felt in the late 1800s.

Before Little Women, Greta Girwig directed the Oscar-nominated movie Lady Bird, with two of the main characters being played by Timothée Chalamet and Saoirse Ronan. These actors reappear in Little Women and do an outstanding job in both movies. In her second film, Gerwig experiments more with her directing style. In the opening scene, the main character Jo March (played by Ronan) is seen pitching a story idea to a publisher. When the publisher accepted the story, Jo ran back to her house in excitement. The camera follows her as she runs through crowds of people. In the midst of the madness, the shot becomes slow motion, creating a stunning, powerful scene.

The score of a movie can easily make or break the overall feeling of the film. The music needs to be just prominent enough that it affects the viewers feelings, but not too powerful that it’s all anyone can focus on. Little Women not only did this, they had every song perfectly match the scene it was in. No song felt out of place and every one of them fit the time period.

Every character in this movie was perfectly portrayed by the actor. The chemistry between the four main sisters is so honest and heartwarming. There’s one scene that stands out where all the sisters and the mother cuddle together to read a letter from their father, who’s off helping the Union. The way they all act together and their reaction to the letter is so genuine and real, you forget you’re watching a movie. Another powerful scene is when Chalamet proposes to Ronan. Chalamet’s heart wrenching performance accompanied with the music and Ronan’s reaction all work together to create a beautiful scene.

The scenes switch from past to present all throughout the movie. For the most part, it was easy to follow because the shots from the present felt darker and gloomier while the shots in the past were brighter. However, there were moments toward the end of the movie where the timeline started getting a little confusing and was a bit hard to follow. By the end, everything fell into place, but there were moments of confusion.

This movie tackles feminism, sexism, and the truths about women and marriage in the 1800s. All of these serious topics are masked in a movie that perfectly switches between a heartwarming Christmas movie and a powerful story about powerful women.