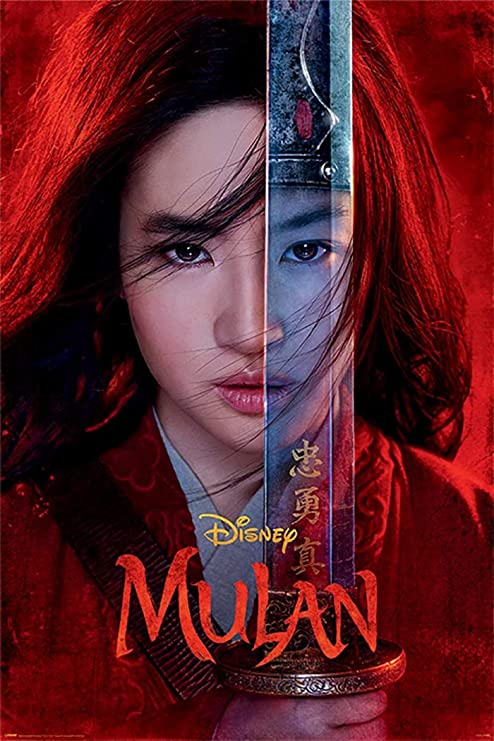 On September 4th, 2020 the live-action remake of Mulan was released on Disney Plus, on the release date viewers could watch it for twenty dollars. The film won’t be free to Disney Plus users until December. Many avid Disney fans have been waiting for this moment, but there are many notable differences between the original cartoon and the live action.

The classic story of Mulan takes place during a time of war in ancient China. A young girl steps up to fight in place of her father who is too weak to fight. Luckily, Disney stayed true to the original plot, but with some tweaks. In the live-action remake, the character is not portrayed as just a normal girl; she has the power of  “chi,” which helps her become a great warrior.

Just as with all of the Disney live action remakes, some love the live action version and others hate it. A big controversy is that in the live action, there is no Mushu, a classic, comedic character who guides Mulan in the original cartoon. Instead, Mulan’s guide plays a much smaller and different role than Mushu. He is portrayed as a phoenix who appears in the sky in times where Mulan has lost her way. The phoenix is a more symbolic approach to the classic character. Another thing that was shocking was the lack of songs, especially because there are many fan favorites from the original, such as Reflection and I’ll Make a Man Out of You. In place of this, the creators included the instrumentals in the background of some scenes.

The movie itself has a much more feminist approach than the first. The leader of the Rouran invaders is a woman named Xianniang who has shapeshifting abilities, and throughout the movie there are clear ties to how she and Mulan are similar in their feminist approach: not letting a man dictate what they can do, whether it is for a good cause like Mulan or bad like Xianniang.

Liu Yifei, who plays Mulan, has been subject to criticism in the release of the movie. During the delayed release of Mulan, Liu Yifei posted a message supporting the Hong Kong police on a Chinese social media platform, Weibo.

Her message said, “I also support Hong Kong police. You can beat me up now. What a shame for Hong Kong.”

These messages were seen as offensive to pro-democracy activists in Hong Kong, and because of them, the hashtag #BoycottMulan became very popular. Another area of controversy was the filming location, Xinjiang,  where Uighurs and other Muslim groups are being held by the government in “reeducation camps,” as a part of government assimilation in China.

Whether one likes or dislikes this remake because of film or social reasons, there is no question that the scenery and imagery was absolutely stunning. The filmmakers and directors did an amazing job portraying the Imperial City, the costumes, landscape, and the buildings were spot on, which really tied the movie together.