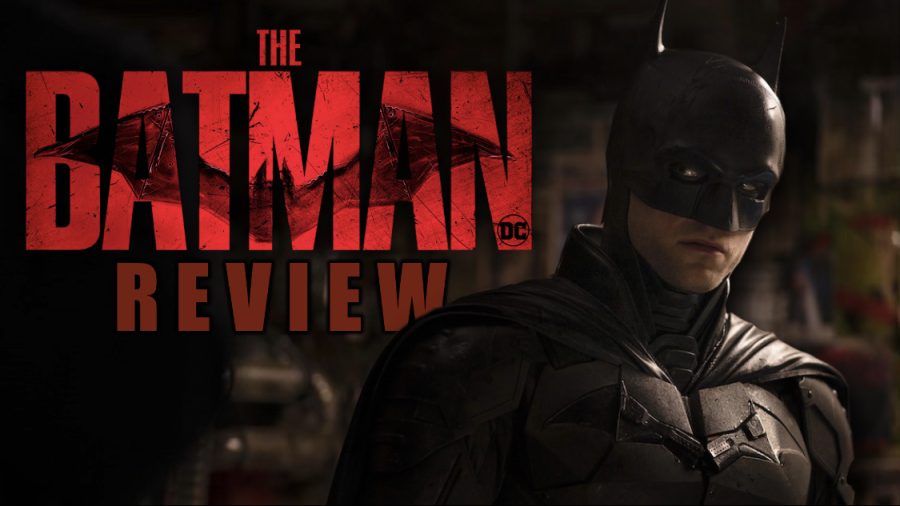 Amongst all of DC’s film offerings in the last few years, none have impressed me quite like Matt Reeves’ The Batman. For the last decade, DC has struggled time and time again to live up to the immense expectations set by Christopher Nolan’s The Dark Knight trilogy. Whether it be Zach Synder’s Man Of Steel or Warner Brothers’ Suicide Squad, there has always been a lack of creativity or quality in their output.

Recently, however, DC has decided to allow directors to run freely with their ideas, and the results speak for themselves. There have been some fantastic films released such as Zach Synder’s Justice League, which critically did leagues better than the 2017 theatrical release, or James Gunn’s The Suicide Squad (not to be confused with the previously mentioned Suicide Squad), which had loads of fun experimenting with its characters.

The Batman headlines by being another DC-distributed film that feels as if they gave full creative control to their director. Matt Reeves has taken the Caped Crusader and has attempted to try something new with him, offering to focus on Batman’s detective side that has not been explored by previous adaptations. This time around, Bruce Wayne is played by Robert Pattinson, following in the footsteps of his predecessors Ben Affleck and Christian Bale.

I think Pattinson delivers one of the most ‘human’ performances for Batman yet, as this time around it is evident that the hero is not as experienced, and in the process it makes Batman feel more developed. The Batman is not afraid to show its hero fail, and this makes his triumphs feel more satisfying as a result.

Alongside Pattinson is Zoë Kravitz as Catwoman, Paul Dano as The Riddler, and Jeffery Wright as James Gordon. All of these characters, with the exception of Riddler, have been showcased before in Nolan’s trilogy and they feel just as strong here.

I felt Kravitz struggle to capture her footing as Catwoman in her first scenes, but as the film went on you could feel her become more comfortable in the role. Gary Oldman played James Gordon in the Nolan Trilogy, and he was amongst my favorite characters. That being said, I adored Jeffery Wright in the role. He supplies a certain emotion in Batman’s ongoing investigation that makes them feel like teammates, rather than just Batman dragging Gordon around for the sake of it. I’ve seen Wright play a character like this in films like No Time To Die and he is definitely rising in my list of favorite actors.

Finally, I enjoyed Dano’s performance as The Riddler. I do appreciate how he doesn’t try simply replicating the mannerisms of Heath Ledger as the Joker, and he’s certainly adding his own twist to the character. Additionally, Colin Farrel portrays the Penguin. I wasn’t totally on board with the role, but I did enjoy his inclusion as he presented a more underground section of Gotham City that I always felt hasn’t been explored enough.

“It feels like a comic book, more than most comic book films. It’s not afraid to use what it’s adapting, regardless of if it’s serious or silly.” says sophomore Michael Whitaker.

There is something to be taken away from The Batman in how it decides to approach its story. As previously mentioned, this film decides to focus on Batman’s detective skills and it creates a great effect. I could feel Director Matt Reeves pull influences from noir/mystery films such as Chinatown, and Prisoners both in terms of tone and themes. The mystery presented this time around is extremely spiraling and the film showcases this with its nearly three-hour runtime. Thankfully, due to some great editing decisions, I rarely found myself yawning at the length. There is always something happening, always something new, always something ramping up the tension that keeps me engaged. That is what makes a great noir film, that hook that entrances the audience. The Batman uses its hooks to create something intriguing.

I think one of the aspects I liked the most about The Batman was the technicality. I mentioned it briefly, but I do really enjoy the editing presented in The Batman, as I was impressed with how well the film ran with its pacing. Additionally, I really liked the sound editing and mixing. The sounds of the Batmobile chasing The Penguin in the bright red night, with cars and ambiance overwhelming the speakers have never felt more satisfying.

I especially adored the cinematography as well. Greig Fraser is slowly becoming one of my favorite cinematographers, as he has worked behind the camera in other films such as Dune, and Rogue One. Fraser is able to add a sense of mystique and aggression to Batman thanks to some beautiful shots and framing. The upside down shot of Batman walking away from a fiery explosion may go down as one of the most iconic shots in his filmography. I was also a fan of Michael Giacchino’s soundtrack. He has done work on other superhero films such as Spider-Man: Homecoming, and he does such a fantastic job at capturing a character’s essence through just music alone.

If I have any issues, it relies on some minor aspects. The Batman is a film that is constantly moving. Despite the three hour runtime, there are rarely any moments to take a breather or relax, which unfortunately makes some moments go by too quickly or feel glossed over. I definitely felt myself struggling to keep up with everything the film was throwing at me. Additionally, some performances were weaker than others. While I was a fan of the majority of the cast, I did feel like Andy Serkis as Alfred Pennyworth and John Turturro as Carmine Falcone, got lost amongst the ensemble of characters, and ended up feeling somewhat forgettable.

Overall, however, The Batman is a knockout. There is a sense of relatability in the character that has not been shown before, as Matt Reeves dares to show you the fall and rise of one of the comic book’s most famous protagonists.

Despite the inclusion of several characters, themes, locations, and riddles, it still feels whole-heartedly true to the character without feeling the need to improvise. The spectacle. The sound. The themes. The vengeance. The aspects are all here. I am not usually one to call for an expanded universe after just one film, but I am extremely excited to see where Matt Reeves takes his ideas in the future of his Batman.