The Debate over Smart Devices 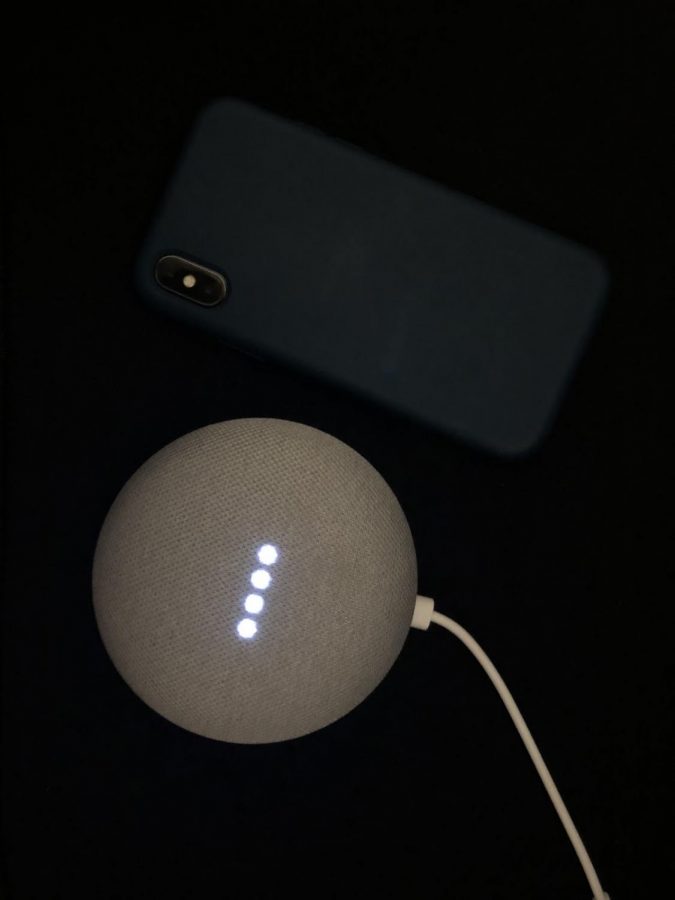 Are these devices listening to you?

With the vast progression of technology, today privacy has become a major concern. With voice commands common on nearly every device, people have become weary of their devices listening in on their conversations or watching them through cameras. Even so, familiar devices such as Google Home, Google Nest, and Amazon Echo continue to be something people rely on to get through their day to day lives.

In a survey of students at Boca High, about 49.6% expressed concerns about the technology they possess and the privacy they lack because of it.

“Personally, I find that after talking about certain conversation topics, Google presents them to me as inconspicuous ads,” said sophomore Ethan Lubin. “If you think your phones aren’t listening to you all the time, then do you think ‘Siri’ is the only thing your phone listens to?”

Though both Facebook and Instagram (which is owned by Facebook) claim that they don’t listen in on anyone’s conversations, they still use extensive data mining algorithms that allow companies to know things like where you live, work, your likes and dislikes, and all the same information for your closest friends. The Facebook Cambridge Analytica data scandal in 2018 revealed that Cambridge Analytica had gained personal information of millions of people through their Facebook profiles. This was done without the users’ permission in order to gain information for political advertisement. They were willing to go as far as influence votes for an election. Now we know that targeted ads can be used for more than just simply products.

“I am worried because of allegations before where Alexa records a conversation without the people using it knowing,” said sophomore Miranda Millard-Bruzos.

In many cases, it has been known that Alexa, an Amazon-made digital assistant, recorded conversations, even when it is not active. In fact, there have been several instances in regards to court cases where the Echo recordings have been asked to be turned in as evidence in criminal investigations involving assault or murder. Now, if this, along with the other mentioned instances, violates privacy limitations then it is something that the users themselves have to determine.