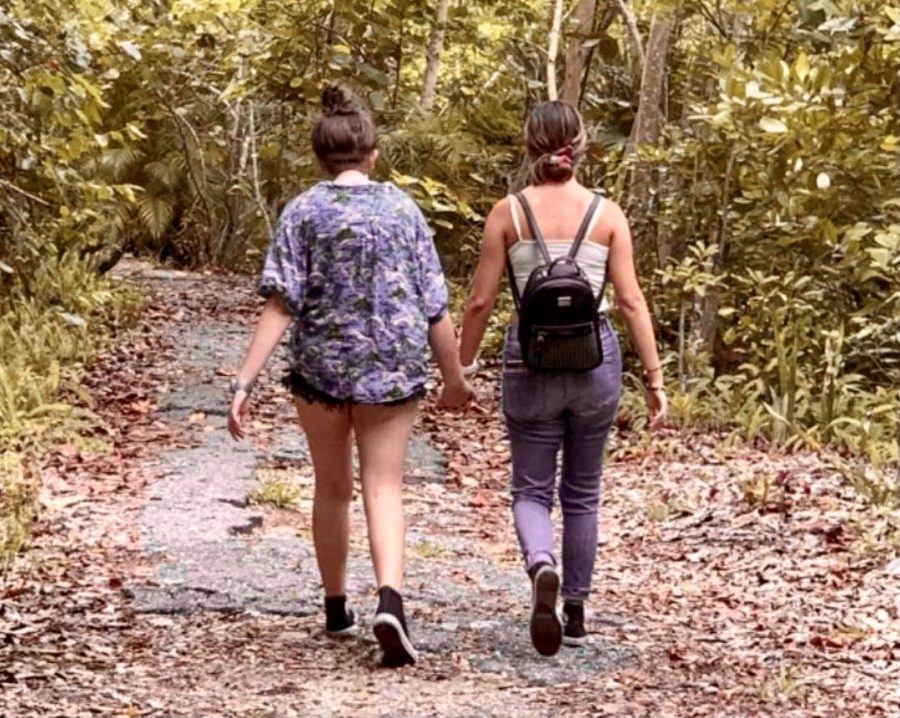 Girlfriends walking side-by-side amongst one another during a nature stroll. They are junior Halina Goldstein (left) and senior Alicia Lewis (right).

Love can be seen as an abstract thought or even a series of intense emotions. However, it is different for each person, as not everyone displays it the same way. For some, love could be familial, strictly platonic, asexual, and or a combination. Some might be an open book when it comes to love, while others might be closed off.

“I would describe love as a different feeling for everyone,” said senior Alicia Lewis. “No one’s definitions are the same and that is what makes love so special.. Whether you are experiencing it for the first or the fiftieth time, love is always unique and special.”

No matter one’s sexual orientation, their love is valid. Modern-day sexualities are nothing new or different. While the names for some sexualities may not have always been labels, homosexuality, bisexuality, asexuality, and more have been around probably since humans have existed. People’s love for one another should always be accepted and even praised, not criticized.

Homophobia is the dislike of and/or prejudiced opinions and beliefs towards members of the LGBTQ+ community. Around the world, in the USA, and even in Boca Raton, Florida, members of the LGBTQ+ community have felt hatred against them because of their love for one another. Thus creating the true question: why can’t everyone’s love be their own and be considered valid?

“We can combat homophobia and the dislike of different sexualities through many different ways,” said junior Halina Goldstein. “The most important starting point is education on the topics.Through education and hearing other people’s perspectives, we can learn to appreciate and respect other sexualities and genders. This would help combat widespread misinformation in the community.”

Our generation should be intelligent enough to realize that no matter if a relationship is between two boys, two girls, or anyone else, their love for each other is valid and important to understand. The main idea is to remember that, love is love.